Why are people switching away from Mailchimp? 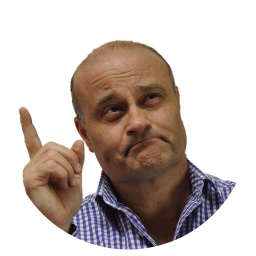 Why are people switching away from MailChimp?

Mailchimp – it’s often the first port of call for small businesses who want to do some marketing.

And it’s not hard to see why – it’s super quick to get started, and if you’re just sending occasional emails to one list, then it’s easy to use.

The question is: if MailChimp is that popular, why is it that small businesses tend to switch away from it as they start to do more marketing?

In the words of Smart Business Trends: “I found that the service was lacking in many ways. They haven’t been innovating as rapidly as their competitors and many prominent bloggers and marketers were switching away from MailChimp to other services.”

The reality is that while MailChimp does a few simple things well, it simply isn’t capable of doing what most ambitious business owners need it to do.  There are a few reasons why which we’ll explore in this article.

One of the single most significant reasons why business owners switch away from MailChimp is because it doesn’t do something they want it to do.

And one of the most common limitations is around MailChimp’s automation ability.

Yes, you can send a series of automated emails after someone joins your list, but that’s where it ends.

There’s no ability to automate communications based on the way that your contacts interact with your emails, nor do you have the option to promote different products or services based on contact behaviour.

In short, you can send your contacts one, linear campaign spaced out however you want, but MailChimp won’t do anything more complicated than that.

No one to market to?  No marketing…

You can come up with the most stellar and imaginative marketing campaign in the world, but if you don’t have anyone to send it to, it’s not going to be successful.

That’s why a key feature of any piece of email marketing software needs to be its ability to capture contact information so that the contact can continue to be marketed to.

MailChimp does this well enough, but many MailChimp graduates have come to the realisation that the form builder that MailChimp offers you is too elementary for advanced marketing use.

There no sophisticated design options, and while you can create custom fields that help you collect more customer information, that isn’t really what the tool is set up to do and consequently it isn’t that effective.

Some MailChimp users opt to use an additional lead form builder, but this obviously comes with another price tag attached, which isn’t ideal – having to pay twice because your initial provider isn’t quite up to scratch isn’t what most people want.

In recent years, MailChimp have added a landing page builder into their offering, but many users have found it to be somewhat basic – it’s difficult to build the kind of good looking, user-friendly pages that most businesses want.

“One size fits all” CRM

Whilst MailChimp has worked hard in recent years to present themselves as an all-in-one marketing solution, adding in “audiences” and other forms of segmentation, the reality is that rather than being a one-stop-shop for your customer records, it’s an email marketing tool that’s attempted to add that functionality.

Consequently, the customer record side of things feels very “one size fits all” – it’s hard to find useful information about your customers, and because it’s not really a CRM, it’s also difficult to input the information you actually want to store.

No custom or proper segmentation

Perhaps the biggest factor in businesses switching over from MailChimp once they’ve been marketing for a while is the lack of proper segmentation.

MailChimp hasattempted to solve this problem by moving away from “Lists” and towards “Audiences”, but the truth is that this has only served to muddy the waters.

Now, it is highly complicated and un-intuitive to “segment” your audience, and even when you have segmented it, it’s not straightforward or simple to select the segment you want to send to.

Worse than that, because the segmentation is manual, rather than automatic, it still relies on manual tasks in order to slice up your audiences into something usable.

For businesses that want to market at scale, it just doesn’t do what it needs to.

Here’s what Venture Harbour said about the software:

“If you only need to fire out the occasional round of emails, MailChimp is a good option. It’s mostly a very intuitive platform, and the drag-and-drop email builder, in particular, is a joy to work with. Unfortunately, it doesn’t offer the kind of advanced segmentation and automation features you’re going to need if you want to do email marketing at scale.”

One of the biggest bugbear among MailChimp users, and often the straw that breaks the camel’s back is the serious lack of support from MailChimp.

Once you’ve got an account, you’re pretty much left to get on with it, with only a few online articles to help you if you get stuck.

Like lots of pieces of software, MailChimp starts out free, but when you get over a certain threshold of subscribers, you need to start paying.

The price quickly escalates, so if you’ve got a decent-sized database, you can end up spending a lot of money on it every single month, which has led business owners to wonder if they can get more value for the kind of figure they’re shelling out for MailChimp each month.

MailChimp isn’t “bad”; it’s just often used as a square peg in a round hole…

MailChimp isn’t a bad system.  Not by a long chalk.

If you’re just looking to send some emails to your audience and nothing else, then MailChimp will do the job.

But the principal reason why so many people are shifting away from MailChimp is that it is, ostensibly, an email marketing sender and nothing more.

Yes, MailChimp has worked to try and broaden their scope over recent years, but the truth is that customers have been largely unconvinced by these innovations, and consequently have switched to software that does more of what they need it to.

Which, when you think about it, makes sense.

After all, if you can enjoy all the functionality that MailChimp offers, plus proper automation and a fully functional and intuitive customer relationship system for a similar price, then who wouldn’t switch?

Is Your Business Scalable?

Use the Scalability Scorecard to Find Out